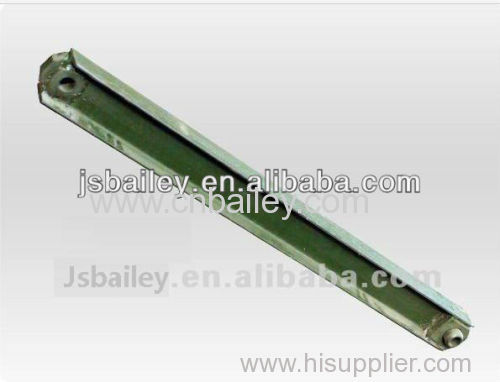 It used to increase the transverse stability of the bridge.

For adding lateral stability to bridge, with one hollow conical sleeve to each end, one end connects the brace hole on the truss montant, and the other connects transom short post. One pair of rakers is installed to the end montant of each section of truss, one more pair for end post of bridgehead. Raker, truss and transom are connected with raker bolts and nuts.