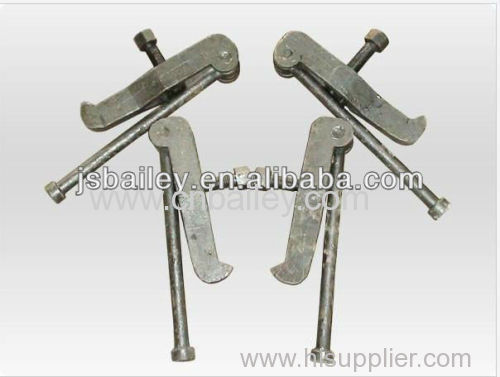 It is composed by bars, hang beam and supporting stem to fix the beam.

It comprises three parts as brace, hanging beam and supporting rod, used for fastening transom. On the brace top, there is a raised head, to be put into the nick of the transom pad while installing. One end of the hanging beam catches on the slotted hole of the truss montant, turn the supporting rod with push rod (or wrench) to press upon and fasten the transom. The transom bolt & nut may not bear too much upward load; therefore, while the transom is held by jig, no jacking is allowed to use under the transom.